These Justice Organizations Lead the Fight to Protect the Safety, Rights of All Americans 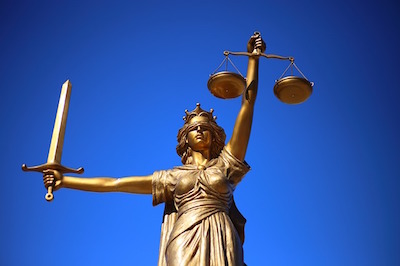 Praising the Organizations
That Make a Difference

The 2017 Justice Served Awards honor each of these groups for their commitment to a safer, more just America.

Center for Justice and Democracy

Located at New York Law School, the Center for Justice & Democracy is the only national consumer organization in the country exclusively dedicated to protecting the civil justice system. It investigates and exposes attacks on judges, juries, injured consumers and attorneys by powerful corporations and special interests. The Center also raises public awareness and support for the civil justice system and combats the dangerous campaign behind the so-called “tort reform” movement. The Center believes that “America’s civil justice system is one of the only places left in America where individual citizens can successfully challenge powerful industries and institutions and hold them accountable.”

Founded in 1971 and based in Washington, D.C., Public Citizen “serves as the people’s voice in the nation’s capital.” The organization champions citizens’ interests before Congress, the executive branch agencies and the courts. Through its five policy groups – Congress Watch, the Energy Program, Global Trade Watch, the Health Research Group and the Litigation Group – Public Citizen fights to make sure government works for the American people and not corporate power.

Consumers Union is the policy and action division of Consumer Reports magazine. It works with its activists and alongside subscriber input to pass consumer protection laws in states and in Congress. It holds dangerous and unsafe corporations accountable and celebrates those who put their consumers first. Consumers Union has helped pass consumer protection laws for healthcare, financial services, the food and agriculture industry, clean energy, the auto industry and more.

The Consumer Federation of America is an association of nonprofit consumer organizations that was established in 1968 to advance the consumer interest through research, advocacy and education. Nearly 300 diverse state and national advocacy groups participate in the federation and govern it through their representatives on the organization’s Board of Directors. Founded by Paul Steiger, former managing editor of the Wall Street Journal, ProPublica is an independent nonprofit newsroom that produces investigative journalism in the public interest. These investigations shine a light on exploitation and work to create positive change. ProPublica is nonpartisan organization that works to adhere to strict standards of journalistic impartiality. It does not ally with any politicians or advocacy groups in order to provide an unbiased look at businesses, government, unions, education systems, healthcare organizations and the media.

The Leapfrog Group is a national nonprofit organization focused on improving the quality and safety of American health care. Its Leapfrog Hospital Survey program collects and transparently reports hospital performance, empowering purchasers to find the highest-value care and giving consumers the lifesaving information they need to make informed decisions. The Leapfrog Hospital Safety Grade, Leapfrog’s other main initiative, assigns letter grades to hospitals based on their record of patient safety, helping consumers protect themselves and their families from errors, injuries, accidents and infections. Safe Kids Worldwide is a global organization dedicated to protecting kids from unintentional injuries, the number one cause of death to children in the United States. Safe Kids does this through research reports, education and awareness programs and safety focused public policy. Since 1988, the work of Safe Kids has helped reduce the U.S. childhood death rate from unintentional injury by 60 percent.