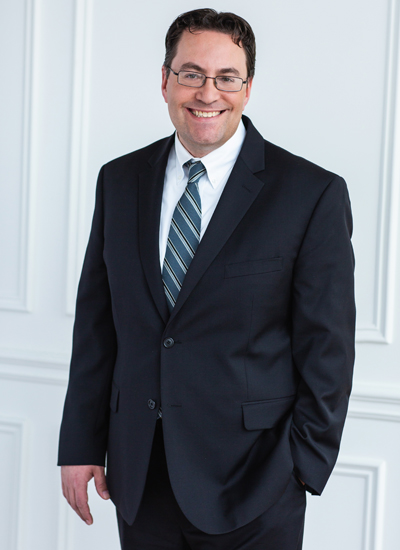 My practice is devoted to assisting injury victims in obtaining fair compensation from the responsible parties' insurance companies. I represent individuals who have been injured in automobile accidents, citizens whose constitutional rights have been violated by the government, and vulnerable adults who have been abused and/or neglected in nursing homes, adult foster care facilities and assisted living facilities.

Attorney Randy J. Wallace graduated from the University of Michigan in 1995 with a Bachelor of Arts degree in Political Science, and from Wayne State University Law School in 1998 where he earned his Juris Doctor degree.

Mr. Wallace’s practice is devoted to assisting injury victims in obtaining fair compensation from the responsible parties’ insurance companies.  He represents individuals who have been injured in automobile accidents, citizens whose constitutional rights have been violated by the government, and vulnerable adults who have been abused and/or neglected in nursing homes, adult foster care facilities and assisted living facilities.  Mr. Wallace also assists clients whose automobile insurance benefits have been improperly denied and those who have been wrongfully denied Social Security Disability benefits.

Mr. Wallace’s recent honors include being named to the Michigan Super Lawyers list in 2010-2011 and the Michigan Leading Lawyers list in 2014 and 2015.  Since 2003, Mr. Wallace has served as an Executive Board Member for the Michigan Association for Justice (formerly MTLA).  As a former Co-Chair and current member of MAJ’s New Lawyer’s Committee, Mr. Wallace organizes an annual workshop to assist new attorneys with their law practices.  He has also served as a judge for Wayne State University Law School’s Student Trial Advocacy Program and the First Year Legal Research and Writing department’s moot court.  Mr. Wallace serves as a Case Evaluator for the Circuit Court in Oakland County, Michigan, and is also a member of the American Association for Justice (AAJ).

In most cases when a person has been injured due to another person’s fault, it is the insurance company for the person responsible that ultimately makes the decision about whether to pay a fair settlement or to go to trial.  My role as legal counsel is to seek to recover for my client a fair settlement for their injuries early in the process if possible.

Insurance companies often follow a fairly rigorous process in terms of what must be shown to them before they are willing to make a fair settlement.  It is not enough to simply claim that their client is at fault; often they need to see specific evidence, which can include medical documentation, opinions of experts, witness statements, and other items before being authorized to make a fair settlement.  Having a good understanding of the insurance company requirements helps me to present the important evidence early in the process so that it will be more likely that a favorable settlement can be achieved prior to trial.

If you have suffered damages or injuries caused by another person, please call me.  I will explain the legal process for seeking recovery, and how I will work hard on your behalf to recover the full amount that you may be owed.