Soldiers Can File Malpractice Claims, But Still No Day in Court 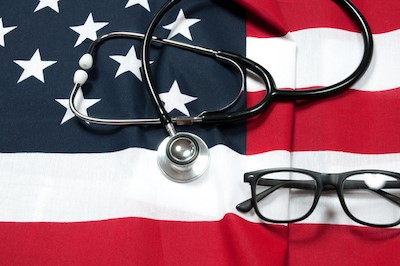 The Feres Doctrine is a little-known Supreme court judgment handed down in 1950 that has caused suffering for thousands of service members and their families. Intended to protect mistakes made by medics during combat, the ruling has since been applied to injuries suffered by all active-duty personnel whether on or off the battlefield. Thus, for example, when a medical procedure goes horribly wrong at a stateside military hospital because of gross negligence, the soldier-patient has no legal recourse.

Case in point: Air Force Staff Sgt. Dean Patrick Witt died after an Air Force nurse administered a lethal dose of fentanyl and incorrectly inserted a breathing tube into his esophagus during a surgical procedure. Witt suffered from respiratory and cardiac arrest and was in a vegetative state for three months before he died. His widow, Alexis Witt, said the same nurse was linked to at least three other deaths, including another just before her husband died. Yet, under the Feres Doctrine, she has no way to hold those involved accountable in a court of law.

Operation Finally Home is building a home for the Stayskal family.

Enter Sgt. First Class Richard Stayskal, a decorated Green Beret, husband and father of two daughters. In 2004, Stayskal was shot in the chest by a sniper while serving in Iraq. After recovery, Stayskal chose to continue his service. While at Fort Bragg in January 2017, Stayskal underwent a routine chest scan. The scan picked up tumors in his lungs, but the technician never told him or notified doctors. Months later, when Stayskal went to army doctors complaining of chest pain and shortness of breath, his growing tumors were again missed. It wasn’t until June that Stayskal was told he had cancer after he sought out help from a civilian physician. By that time, it was too late. Stayskal’s lung cancer had metastasized and he was diagnosed with terminal cancer.

Since then and with his days numbered, Stayskal and his lawyer have been working tirelessly to change the Feres Doctrine and provide service members with the opportunity for a day in court, just like any other American. The SFC Richard Stayskal Military Medical Accountability Act of 2019, a bill seeking to undo the ruling, passed in the House but not the Senate. However, a landmark provision based on the Stayskal Act was added to the annual national defense spending bill late last year and now allocates $400 million to the Department of Defense over the next 10 years to cover claims of military medical malpractice.

Stayskal’s success is good news. The bad news is that military medical malpractice will be handled basically like a workers’ comp claim through administrative action controlled by the military. Our men and women in uniform are still barred from suing the government in cases of negligent medical malpractice. Furthermore, in injury cases that do not involve medical malpractice such as sexual assault or workplace violence, the Ferris Doctrine is still in full effect.

Bottom line: We believe that the men and women who give up so much to protect all Americans should have the same legal protections as those they serve.