Servicemen and Women Are Vulnerable to Scams, Sickness and Subpar Healthcare 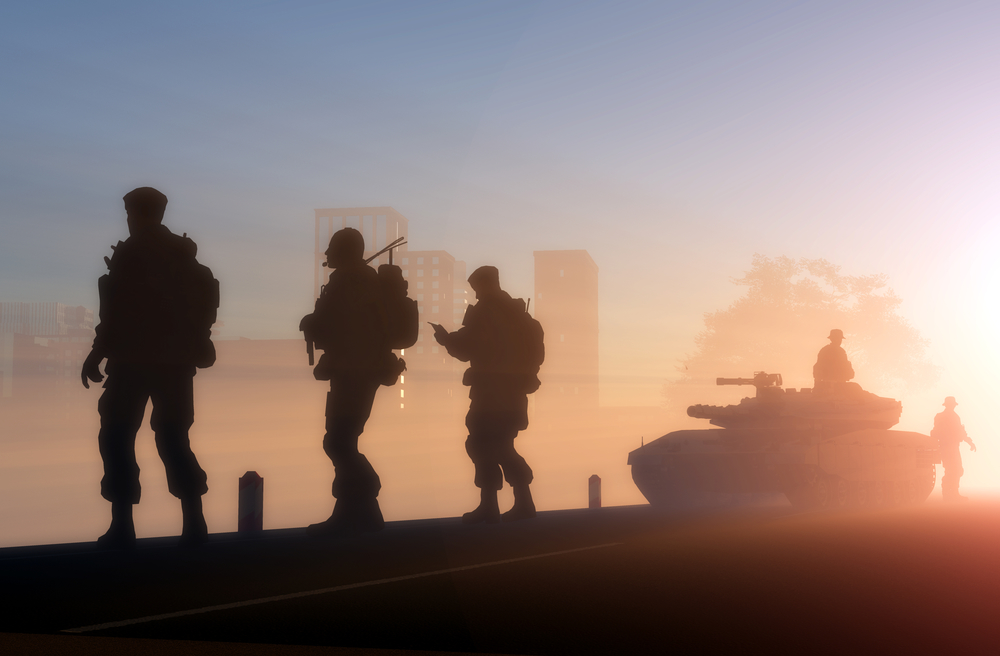 There are over two million active and reserve members of the Unites States armed forces. Their situation is unique; Many are young and financially inexperienced, they are often and frequently relocated or deployed, and they sometimes face difficultly accessing phones or the internet.

Sadly, these vulnerabilities have made them a target for small and large businesses alike that prey on soldiers. Even when soldiers turn to their government for aid, they aren’t always given the support they need. Fighting for Those Who Fight for Us is a troubling new report by the American Association for Justice that reveals just what our military members endure – and highlights how we can help them. Here are a few of the big takeaways from that report:

Military personnel and their families face many of the same financial management challenges as civilians, including budgeting, paying bills, retirement planning and debt management. However, being in the military also involves unique circumstances that can make managing household finances even more difficult: deployments, frequent changes of station and prolonged separation from family. Changes of station can also affect the job security of spouses and other family members. This makes predatory lending practices and illegal financial scams all the more damaging for armed service members.

One in three service members have resorted to some sort of non-bank borrowing organization, such as payday lenders and rent-to-own retail chains. These companies set up shop around military bases and sometimes misuse official government logos in an effort to look more legitimate. Contracts look straightforward, but usually include hidden fees and exorbitant interest rates.

In 2007, Congress passed the Military Lending Act (MLA) to stop lenders from charging extremely high interest rates. Nevertheless, unscrupulous lenders continue to victimize servicemembers by ignoring or circumventing the law. Oh, and not it’s not just small payday companies in on the action. Large financial corporations like Prudential, Bank of America and CapitalOne have settled class action suits with military personnel over questionable practices like profiting on life insurance benefits after veterans have died, charging higher-than-legal interest rates, and denying reprieve from foreclosure and repossession while soldiers are on active duty.

The Feres doctrine is a little-known Supreme court judgement handed down in 1950 that has caused suffering for thousands of servicemembers and veterans. Feres v. United States effectively bars non-combatant active-duty service members from collecting damages from the U.S. Government when injured or killed by the negligence of others. This means that there is nowhere for servicemembers to turn when faced with illness, pain and suffering if they receive poor medical care while serving our country. Examples from the report include a woman who was left with multiple instruments inside her body after surgery, a misdiagnosed skin cancer that ended in death, and an appendectomy surgery gone so wrong it resulted in a brain-dead father of two. Patients recount experiences of medical horror, with no legal recourse and no way to bring providers to justice.

Most of us are familiar with the story of Agent Orange, a herbicide used to clear jungles during the Vietnam War. For years, the military denied links between this deadly toxin and exposed soldiers suffering from cancer, birth defects and more. It has also been well documented that servicemembers and veterans face serious risks for developing asbestos-related diseases because of the historical presence of asbestos in buildings, ships and other locations. These diseases include mesothelioma, a deadly and aggressive cancer.

Today’s Agent Orange story are the more than 250 open-air burn pits used by the military in Iraq and Afghanistan to dispose of waste. Currently there are more than 175,000 veterans and servicemembers who have registered on the VA’s Burn Pit Registry, suffering from an array of illnesses, including cancer, respiratory problems and blood disorders. But even as the Burn Pit Registry grows, the U.S. Department of Veterans Affairs is still denying that there is scientific evidence proving the connection between military burn pits and health problems. Lawmakers are working to make documentation and research more readily availablefor possible burn pit victims, all in an effort to provide servicemembers, both past and present, with the benefits they deserve.

Just the Tip of the Iceberg

These are just a few examples of shameful behavior by corporations and others toward our servicemen and women. Others include military pension buyout scams, improper firings, human experimentation and opioid abuse. If you or a member of your family serves in the military, take a minute to read the full report here.