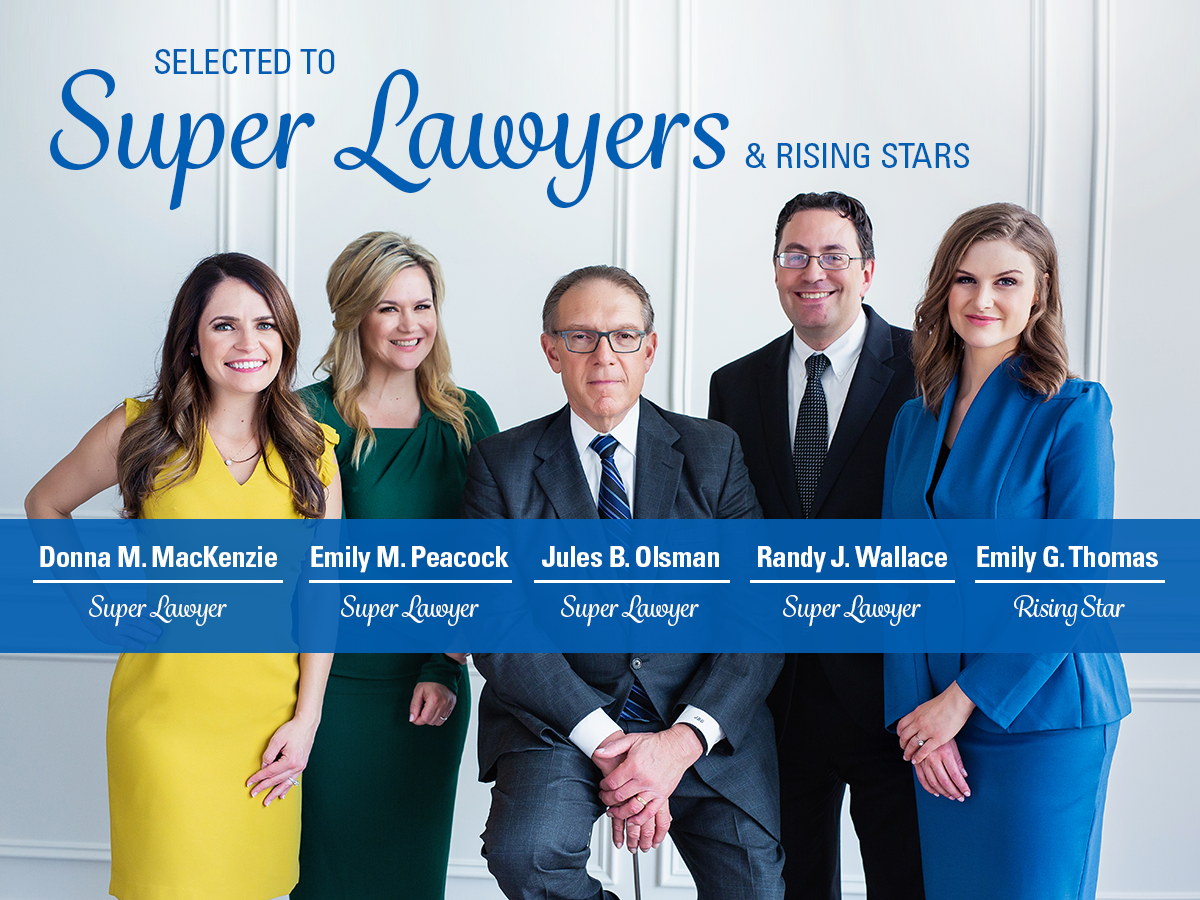 We are pleased to announce that Jules Olsman, Donna MacKenzie, Emily Peacock, and Randy Wallace have been named to the 2019 Thomson Reuters Super Lawyers list and Emily Thomas has been named to the Rising Stars list.

The annual selections are made using a patented multiphase process that includes a statewide survey of lawyers, an independent research evaluation of candidates and peer reviews by practice area. The result is a credible, comprehensive and diverse listing of exceptional attorneys. The Super Lawyers lists are published nationwide in Super Lawyers Magazines and in leading city and regional magazines and newspapers across the country. Super Lawyers Magazines also feature editorial profiles of attorneys who embody excellence in their practice of law. For more information about Super Lawyers, visit SuperLawyers.com.