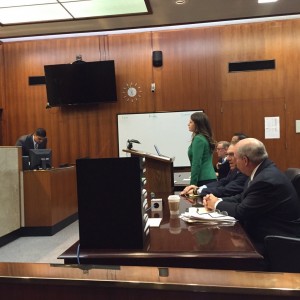 On Wednesday, July 20, Donna MacKenzie and Jules Olsman announced a global settlement of $8 million for the victims of Farid Fata, M.D.

Fata is the former oncologist who falsely diagnosed and treated his patients with chemotherapy when they did not have cancer. He pled guilty in July 2015 and is now serving a 45-year prison sentence. This restitution pales in comparison to the amount of grief and hardship suffered by these victims and their families. Sadly, this was the best possible outcome because of Michigan’s medical malpractice caps on damages.

The case against Fata emphasizes just how damaging these caps are to victims of medical malpractice. Unfortunately, these caps were imposed by the Michigan legislature in 1994, and no one in the house or senate is doing  anything to change these limitations.

An arbitrator will decide how to divide up the $8 million among the victims in October. Our thoughts are with the victims and their families as this horrific case finally comes to a close.