We get you the
JUSTICE YOU DESERVE

FIGHTING FOR YOU so it
doesn’t happen again

Why choose our firm?

We have the experience, knowledge and reputation to get you the justice you deserve.

Your story is personal.  Our team of attorneys and nurses treat all of our clients like family.  No matter what type of case, we are dedicated to answering your questions and getting you the results you deserve.

Share your story with us.  The civil justice system is the only way to hold accountable those who cause harm or create danger in our communities. Call us today.  Calling us is free.  You pay us no fee unless we recover for you and your family.

Since 1969, when our firm was founded, we have taken on defendants, their insurance companies, and their lawyers. We have successfully recovered millions for our clients. With an average of more than 15 years of legal experience each, our attorneys are well-suited to help you. 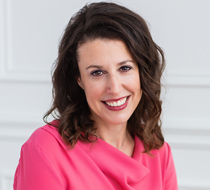 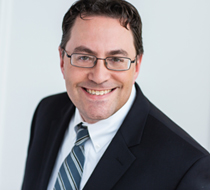 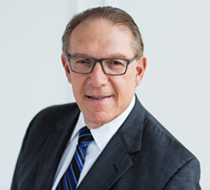 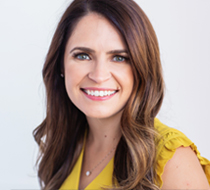 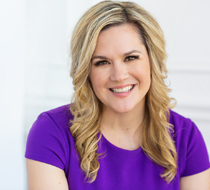 $2.5 Million settlement where hospital delayed resuscitation of a premature infant despite the fact that the parents were pleading for assistance for the baby who was breathing and moving, resulting in severe anoxia

$1.1 Million settlement for the wrongful death of an 83 year old resident of an adult foster care facility as a result of the improper use of a Posey Vest / restraint, resulting in asphyxiation and strangulation

$4.4 Million jury verdict for a 59-year-old woman who suffered a stroke as a result of a medication error by her family physician

$4.35 Million settlement for a woman who had permanent brain damage after being struck by a drunk driver who was rendered intoxicated while dining at a restaurant

$3.15 Million settlement for two men who served over eight years in prison after being wrongfully convicted of shooting another man in March, 2000, leaving the victim a quadriplegic

$3.75 Million settlement for a 37 year old woman who was rendered quadriplegic after her seat belt was torn during a collision by a defectively designed sharp edge on the seat back recliner mechanism that was known by the automobile manufacturer to pose a problem before the vehicle was manufactured

$850,000 settlement for a 64-year-old man who died as a result of a medication error when the patient was discharged from a rehabilitation center without anticoagulants that were specifically ordered by his physician’s assistant, causing him to suffer a blood clot and die

$275,000 settlement for infant who suffered minor shoulder dystocia during delivery performed by a resident

$200,000 settlement for motorcyclist who suffered fractures to his leg when struck by a car, requiring surgical repair

$500,000 settlement for 86 year-old-woman woman who choked to death on a bed rail assistive device in an assisted living facility.

$400,000 settlement for a woman who suffered torn meniscus and ACL tear in car crash, causing her to be unable to return to her previous employment as a school bus driver

$1.25 Million settlement for the permanent paralysis of the right arm of a 19 year old woman due to being struck by a passenger airbag

$1.1 Million settlement for the wrongful death of an 83 year old resident of an adult foster care facility as a result of the improper use of a Posey Vest / restraint, resulting in asphyziation and strangulation

$915,000 settlement after a handicap gas pedal was negligently installed too close to the brake, which prevented a woman from stopping the vehicle from plunging into Lake St/ Clair where she drowned

$525,000 settlement for the failure to properly manage psychiatric condition of patient resulting in suicide

$375,000 settlment for the family of a nursing home resident who was improperly given her roommate’s diabetes medication, causing a hypoglycemic coma and death

$325,000 settlement for the family of a resident of skilled care facility who choked to death when provided with solid food despite an order for mechanical soft diet

$182,500 settlement for 53 year-old-woman who suffered a severe ankle fracture after falling in the parking lot of a commercial building because the snow plow contractor failed to salt the parking lot after an early season snowfall

$862,500 settlement after a nursing home failed to protect a 66-year-old woman from asphyxiating in the side rails of her bed

$740,000 settlement for the wrongful death of a 4 1/2-month-old infant in a day care facility that was caused by a lack of supervision

What is Cerebral Palsy?

I’m attorney Emily Thomas. I spent the majority of my career handling cases for children that have suffered birth injuries or medical malpractice. Many of the children that I’ve worked with over the years have had a diagnosis of cerebral…

More
Forced Arbitration Stacks the Deck Against YOU!

If you haven’t heard of forced arbitration clauses, you aren’t the only one. Studies have shown that many people don’t know when they have agreed to arbitration, even though it’s a common way for companies to curb your rights. Thousands of businesses, from credit…

Do I Have a Case?

Once we have an opportunity to learn about your case, we will explain your options to you. If we agree to pursue your case, we will do so on a contingency fee basis. This means that you will not owe us any attorney fees unless you win.